When you are hypnotized, you fall into a “hypnotic trance”—this is simply a highly receptive, relaxed state in which you are more likely to accept suggestions made to you. However, it’s common to have questions and misconceptions about hypnosis.

For example, hypnosis-based treatments for psychological difficulties have nothing to do with the performative stage hypnotism we often see on television. Here are the major facts you need to know about the truth behind the myths, the real science behind hypnosis, and the reasons why it works. 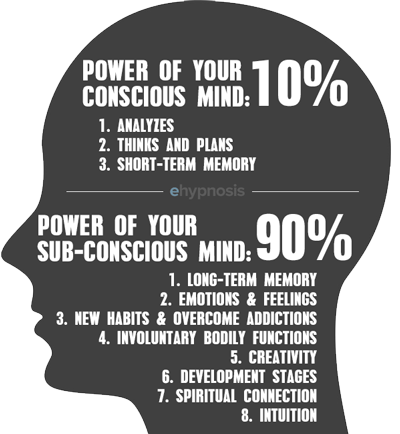 Dr. Lazarus, an expert in hypnosis, explains that hypnosis has a wide range of uses in clinical practice [1]. People frequently turn to hypnosis after other treatment methods have failed to address their difficulties—perhaps because hypnosis is widely viewed as more mysterious or less scientific than other approaches—and in-depth case studies show that it is effective in a wide range of cases. For example:

Meanwhile, an increasing number of cancer patients are turning to hypnotherapy to help them during their treatment. The American Cancer Society reports that hypnosis is endorsed by the National Institutes of Health [3] as an effective relaxation technique that can reduce anxiety. This applies not only to cancer patients—dental procedures are reliably less painful after hypnosis, as is surgery.

There is also a wealth of anecdotal evidence in favor of hypnosis. Various forms of hypnotherapy are also endorsed by prominent celebrities, from actors to politicians, sportspeople and presenter. For example, Ben Affleck used hypnosis to quit smoking when he became a father [4], singer Lily Allen lost enough weight to drop four dress sizes after hypnosis [5], Ellen DeGeneres credits smoking cessation hypnosis for saving her life [6], and even Albert Einstein reportedly used hypnosis to develop more positive habits [7].

Hypnosis may seem supernatural to the uninitiated, but it its efficacy is actually grounded in clear science. Essentially, when you’re hypnotized, you enter into a state in which it’s much easier to ignore outside distractions and hone your attention in on a particular issue. The openness to suggestion experienced during hypnosis makes it possible for the therapist to adapt your sensations or perceptions [8] about the topic that you’re focused on. And it isn’t only beneficial for those with specific problems—it can also help to increase general skills and improve faculties like creativity [9], athletic performance [10] and knowledge retention [11].

5. Mail Online: Lily Allen slims from size 12 to an eight by having her 'brain reprogrammed'