You may have heard of the many myths that people tell about hypnosis and what it is. Perhaps you are unsure of what you should believe to be true or false?

Due to Hollywood movies, and a range of misconceptions, it’s quite easy to see why so many myths about hypnosis have originated.

Hypnosis is becoming more and more popular, with celebrities and other successful people using it to achieve success in lots of different areas in their lives.

This article can help you to debunk the common myths of hypnosis and explain what it really is all about.

Many movies will often portray this, but it could not be further from the truth. Hypnotherapists do not have any special abilities or mystical skills - they are not ‘supernatural’.

Hypnotists will have undergone the specific training required to understand and practice hypnotic trances. They will have also had acquired the knowledge and qualifications necessary to help improve others' well-being through hypnosis.

There won’t be anything supernatural or paranormal going on during a hypnosis session. Hypnotists can perform hypnosis because they will have had the appropriate training to know how to do so.

Another thing to consider is the fact that hypnosis can only work if the subject taking part is receptive and accepting of the hypnosis.

2. ‘Hypnotists can make you do things you don’t want to do.’

Again, this hypnosis myth is often portrayed in movies and stage hypnosis - places that use hypnosis for entertainment, rather than its true purpose.

The truth is that it is impossible for a hypnotist to make you do anything against your will - a hypnotist does not have control over your moral compass.

All of your beliefs, desires, and values remain during a hypnotherapy session. When you are taking part in self-hypnosis, hypnosis is just about reprogramming your thoughts about a specific thing that you want to change yourself.

If you disagree with something the hypnotist says to you, nothing will change. You will still disagree with them and you’ll naturally exit your hypnotic trance state.

3. ‘Only weak-minded or gullible people can be hypnotized.’

This myth about hypnosis is the polar opposite of the truth. The truth is that attentive, open-minded and creative people are actually the ones who get the best results from hypnosis. As mentioned above, you are in control of whether or not you want to be hypnotized and you set the preconditions for hypnosis.

This means that if you are better at guiding yourself, you are creative, and have a good imagination then you’re are more capable of embracing the process and allowing it to change you.

So the myth that only weak-minded people can be hypnotized is quite far from the truth. For example, top researcher Dr. Deirdre Barrett (Ph.D.) has concluded that the key traits correlated with hypnotizability are the focus, intelligence, and concentration.

4. ‘It’s possible to get permanently stuck in a hypnotic trance.’

There has been no evidence of anyone ever becoming stuck in a hypnotic trance. When you are taking part in a hypnosis session, whether it is self-hypnosis or a session with a trained hypnotist - you will be highly relaxed and can re-enter your normal state whenever you like.

Hypnosis is a form of psychological treatment. It is compatible with all belief systems, whether you’re deeply religious or entirely atheistic. Therefore hypnosis cannot go against any religious beliefs.

It is a safe, simple and natural way of relaxing the mind and making your thinking more positive, productive, and affirming.

6. ‘Hypnosis is useless; it might be pleasant, but it doesn’t actually change anything.’

Hypnosis was first approved as a medical treatment in 1958 and since then its use has been expanded to the extent that it is used in almost all hospitals.

The American Health Magazine reports that hypnosis may be more effective than comparable treatments (such as cognitive-behavioral therapy and psychoanalysis).

There has been a lot of evidence to support the fact that hypnosis can help change either personal and psychological development and other areas of life such as:

Hypnosis is a safe, evidence-based approach to personal or physiological problems that are reducing your quality of life.

It only works with full patient participation, and there is nothing supernatural about it - it merely involves allowing yourself to enter a deeply relaxed, suggestible state.

It is increasingly grounded in extensive scientific research showing how and when it works, with far-reaching consequences for both mental and physical health.

Why not take a look for yourself, and visit our Self Hypnosis Download library today. 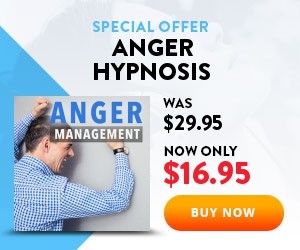 Related Posts
Did You Know Hypnosis Can Help With These 7 Things?
read post »
Hypnosis 101: What Is Hypnosis, Anyway?
read post »