Hypnosis has been touted as a way to overcome shyness, quit smoking, lose weight, and more - but many people may find it difficult to believe that there's anything at work beyond the placebo effect. Does hypnosis actually work, or is it purely psychosomatic?

There have been several studies investigating this question, and the picture they paint is compelling.

A hypnotist can't use hypnosis to force you to do anything you don't want to do, and a hypnotherapist won't use it for silly party gimmicks like making you cluck like a chicken or mistake water for lemon juice.

Instead, a skilled hypnotherapist can help you reach a state of intense concentration, focus, and self-awareness, and can also, with your mind's permission, plant suggestions that make it easier to turn behaviors into habits.

Think about the way you feel when you're utterly absorbed by a song, movie, or book, and all your concentration and emotions are focused on it. Now imagine someone helping you to give that same level of focus to the idea of quitting smoking, or the idea that your pain isn't as bad as you think it is, or that you can eat healthy instead of reaching for junk food.

Does Hypnosis Really Work? The Effect Of Hypnosis On The Brain

A 2016 Stanford study gave clear evidence that hypnosis really does cause changes to the brain, showing specific neurological changes that occur when a subject is hypnotized.

A group of highly suggestible people were hypnotized while their brains were being monitored, and their brain scans were compared to those of people who were not hypnotized.

The scientists found that a hypnotized brain has decreased activity in the section that controls awareness because the mind is so focused on the experience of hypnosis, and an increase in connections that allow the brain to control what happens in the body.

It also leads to greater connections between the dorsolateral prefrontal cortex and the default mode network, a series of connections in the brain that essentially make it easier for you to act without thinking.

This means that when a hypnotist makes suggestions to you while you're in a hypnotic state (say, eat fruit instead of chocolate) you're more likely to do it without even thinking about it.

Another Stanford study, this one in 2000, gave clear evidence that hypnosis has measurable effects that go beyond the power of suggestion.

The third and fourth groups were given accurate descriptions of the pictures. The scientists found that the part of the brain linked to color perception would light up if the hypnotist told the subject that the picture was in color, regardless of whether or not it actually was.

This may not seem like it can have many therapeutic benefits, but the effects of hypnosis on perception may extend to pain as well as to colors.

Studies have shown that when people experience pain while under hypnotic suggestion, they can be told that the pain is more or less unpleasant than it actually is.

Penn State psychology professor and hypnosis expert, William Ray explains that in most cases, people who are hypnotized can still feel that there is sensation but do not process the sensation as painful; if you use hypnosis while you give birth, for example, you may be aware of pressure in the abdomen without noticing that the pressure is painful.

Hypnosis Isn't For Everyone

Unfortunately, while these results are promising, not everyone is equally easy to hypnotize.

The tests that measured the effects of hypnosis on the brain were all performed on subjects that were very easy to hypnotize; people who are more difficult to hypnotize may see less profound results, and also the people who can't be hypnotized (which hypnotherapist, David Spiegel says account for about one in four of his patients).

A 2012 study shows that some people already have more connections between the dorsolateral prefrontal cortex and a part of the brain called the dorsal anterior cingulate cortex, which helps to focus attention; since the brains of hypnotized subjects form even stronger connections between the dorsolateral prefrontal cortex and other parts of the brain, it makes sense that people who already have connections there will be easier to hypnotize.

This does mean, however, that if you don't have a lot of connections in that part of your brain, hypnotherapy may not be the best choice for you.

The different levels of being able to be hypnotized may be the reason that hypnotherapy tends to get spectacular results in the lab but mixed results in practice.

For instance, one of the most popular areas for hypnotherapy is smoking cessation, but not all smoking cessation programs are created equal, and the results can be a mixed bag. In a review of studies that looked at the effectiveness of hypnotherapy for helping people to quit smoking, it was found that hypnosis was "possibly efficacious" but not necessarily the cure-all that it was sometimes claimed to be.

Studies show that 75% of patients who used hypnosis as a form of pain relief found that it was substantially helpful, which is much more than the percentage of people who've successfully quit smoking with the aid of hypnosis, and perfectly lining up with Dr. Spiegel's observation that three out of four people can be hypnotized.

Hypnotherapy has been applied to chronic pain like fibromyalgia or cancer-related pain as well as acute pain like burns, childbirth, and even surgery. Studies have also shown that hypnosis is effective in relieving anxiety, whether it comes from an anxiety disorder or from a fear-inducing situation like an upcoming surgery or test.

It may even relieve disorders that are related to anxiety, like migraines and irritable bowel syndrome.

If you think you're one of the three out of four people who respond well to hypnosis, it's worth talking it over with your doctor. 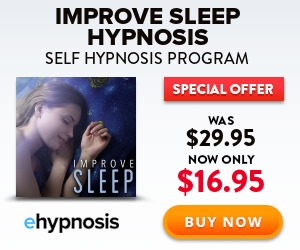