Hypnosis gets a lot of play in pop culture, from movies to TV and books. More often than not, it's shown as some sort of "magic" power a person can use to make another person do something funny, or in the case of horror-themed works, scary.

In reality, hypnosis is just a way for you to become more internally focused and relaxed, so you're more open to suggestion and better able to live your life.

You can use this practice to help make positive changes, such as quitting smoking or losing weight, or to help you explore your current life and even your past (to a point).

If you're curious about hypnosis and what it can do for you but are not sure what to expect, here are ten common myths about this practice debunked.

When you're seeing hypnotized people clucking like chickens anytime someone says a magic word on TV, your first impression is that it's probably not real.

After all, you stick to your normal behaviors and moral codes when you're hypnotized, so what is really going on with that woman who is now meowing like a cat?

The answer is less complicated than you may think. A hypnotist on the stage is able to pick out who is fine being the center of attention in a crowd.

These are the people who don't mind being on film barking like a dog. Maybe they've had a bit too much to drink, or maybe they want to act as they're expected to so the audience is pleased.

Hypnosis is good for reducing inhibition to begin with, so when these people are made more relaxed by it, their outgoing nature just sets off a great performance.

2. I'm going to be helpless

You are not totally helpless during hypnosis. You're still awake and able to make decisions, but you're more flexible because you're not at the mercy of your typical automatic reactions.

Should you hear a smoke detector go off while you're hypnotized, for example, you'll still realize it's sounding and know to get outside.

Since you're already conscious, the effect of the noise would be less jarring than the sound from your alarm clock in the morning.

3. Only certain people can be hypnotized

Most people are able to use hypnosis to a positive effect. There are a small number of people who might not respond to it because they're not quite able to perceive implication and context - an aspect of Asperger's syndrome, for instance.

After you've experienced hypnosis, it will be clear why not all people are able to use it effectively, as it is a deepening and engaging of the brain's ingrain ability to imagine and focus.

4. People who are able to be hypnotized are weak

For some reason, the myth that people who are able to be hypnotized are somehow mentally "weak" is a popular one.

In reality, being hypnotized means entering into a state of sharp mental focus, which generally isn't associated with mental weakness but true strength.

You have to be able to relax and focus your mind, and for that, some mental power is needed.

Sleeping and hypnosis is not the same thing. You must be awake during hypnosis, as you have to hear the words so your brain can process them.

There are some studies, however, like one published in the Biological Psychology journal, that suggest people who are hypnotized do show some signs similar to that of people in the Rapid Eye Movement sleep state.

But, as noted, you are fully awake and aware when you are hypnotized; you're just having an experience that is running parallel to your conscious state of awareness.

If you do have a habit of dozing off when you're listening to hypnosis, it probably means that you need to get more sleep!

Memories that surface during hypnosis simply aren't something you can trust, as your imagination is fully engaged at the time.

One study, as covered by The Telegraph, actually found that not only does hypnosis not help people recall memories, but it may push them into clinging onto false ones more strongly than before the hypnosis.

There was a period of time where hypnosis was touted as being the answer to recovering repressed memories, but that idea has since been widely disproved due to the inaccurate recall many people ended up experiencing.

7. Subliminal messages in hypnosis can work

In short, subliminal messages sent during hypnosis to the person who is under really don't work.

In order for a suggestion to be effective, your senses have to register it, so these need to be made directly rather than covertly.

Whether you are doing self-hypnosis or working with a professional, you don't have to worry about accidentally picking up some weird instructions that you will act on later despite not recalling. Should you start clucking like a chicken at your next meeting, it will entirely be of your own doing.

8. I've never been hypnotized before

You probably have been in a hypnotized state before but just didn't realize it because you didn't start clucking like a chicken at one point when a random code word came up in conversation.

If you've ever been reading and didn't hear another person call your name or driven somewhere without remembering the exact route, you were hypnotized to some degree.

Even cutting yourself without noticing right away indicates some degree of being hypnotized.

It's easier to understand hypnosis when you stop associating it with clucking women or men who are croaking like frogs every time "cow" is said and start thinking of it as just an extension of your awareness.

How fast hypnosis will work for you depends on what you are trying to do.

For example, if you want to stop smoking or get over a fear, it may not take that long because you really want to achieve those goals and just need some extra help and focus. But for other goals, you may need to practice it longer.

Since being hypnotized does help bring on deep relaxation, you may decide to keep up with the practice long after your original objectives were achieved.

Some people actually use it in combination with - or as a substitute for - meditation, so don't be afraid to try to keep on doing it if you're finding it beneficial.

Using hypnosis can bring a lot of positive changes to your life, so consider starting the practice today now that you know what's true and what isn't.

You can do it by yourself or with the aid of professionals via live instruction or video, but remember that sticking with it is key, particularly in the beginning.

Hypnosis is a new skill and will require some practice and getting used to at first, so be patient with yourself. 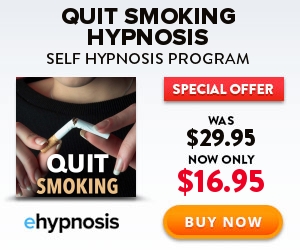 Related Posts
Did You Know Hypnosis Can Help With These 7 Things?
read post »