Although there is plenty of research showing the real, measurable effects of hypnosis on the human brain, hypnosis is still struggling to escape its reputation as a pseudoscience.

This may have something to do with the fact that not everyone can be hypnotized, but may also be because when most people think of hypnotism, they think of party tricks, bad horror movies, or fake recovered memories. Hypnotism may have a lot of cultural baggage attached to it, but that doesn't mean that it's ineffective.

In fact, hypnosis has been proven to be highly effective for the treatment of certain conditions.

How Does Hypnosis Work?

First, there was an increase in connections between two parts of the brain called the dorsolateral prefrontal cortex and the insula, which allows the brain to control what happens to the body.

Secondly, there was a decrease in a part of the brain called the dorsal anterior cingulate, which monitors attention, effectively showing that the hypnotized people were so absorbed in the hypnotic state that they were able to ignore outside demands on their attention.

Finally, there were reduced connections between two parts of the brain called the dorsolateral prefrontal cortex and the default mode network, which regulate a person's awareness of their own actions.

Why Does Increased Body Control Matter?

You might not think of increased body control when you think about hypnosis, but the science proves that it happens - and that explains a lot about the effects of hypnosis on pain.

Studies have shown that in 75% of cases, hypnosis is an effective form of pain management for everything from one-time painful experiences like childbirth and surgery to chronic pain like fibromyalgia and cancer.

If hypnosis allows you greater control over your body, it may allow you to manage those painful sensations more easily.

Studies have also shown that hypnosis can decrease not only anxiety but conditions related to chronic anxiety such as irritable bowel syndrome and migraine headaches.

The relief of physical symptoms may be because of the decrease in depression and anxiety, the increased level of body control, or both.

Why Does Attention Matter?

If you're utterly absorbed in the experience of being hypnotized, you're able to effectively bear down on whatever habit or feeling you're trying to improve or eliminate.

If you're trying to cut down on anxiety, you're paying attention to the decrease in anxiety, not to the anxiety itself.

Focusing your attention on the hypnotic state can also explain hypnosis' effectiveness with pain management. If you're thoroughly absorbed in your hypnotic trance, you aren't thinking about pain.

Why Does Decreased Awareness Of Actions Matter?

As impressive as the increased body control is, the real superstar of hypnosis is the reduced connection between the dorsolateral prefrontal cortex and the default mode network.

Being aware of your own actions is a good thing, but sometimes, hyper-awareness causes you to overthink things.

You think about the million things that could go wrong during your test or presentation and get bogged down in your own fears rather than in performing well.

Hypnosis can help you to overcome your anxiety by allowing you to act without second-guessing yourself.

What's more, these neural changes can help you to reduce bad habits and establish good ones. Whenever you try to change a bad habit, a small, critical voice in your head will speak up and tell you it's impossible.

For instance, if you vow to lose weight, an unconscious voice may sneer, "Are you kidding? That's been your New Year's resolution for the past decade and it's never worked.

You're always going to be overweight, so you may as well enjoy yourself by eating stuff that tastes good and spare yourself the frustration of trying and failing again."

That critical voice will affect your unconscious mind; no matter how often you repeat the mantra that you're going to lose weight, your unconscious doesn't believe it, and you'll find yourself discouraged at every setback and unconvinced by every small gain until you eventually give in.

However, by reducing connections between the dorsolateral prefrontal cortex and the default mode network, hypnosis essentially allows you to bypass that little critical voice.

When you make a commitment to eat better and exercise while you're under hypnosis, the commitment goes straight to your unconscious.

You won't have that voice telling you that you're going to fail, downplaying all of your successes and exaggerating all your failures; you'll just be able to commit to losing weight and then follow through.

The same applies to other habits, like quitting smoking or controlling your temper. You won't second-guess your newfound good habits; you'll just do them.

The Secrets Of Effective Hypnosis

If there's proof that hypnosis works, why is it not always effective? Part of the problem is the actual induction of the hypnotic state.

About one in four people are almost impossible to hypnotize. Studies have shown that these people have fewer natural connections between the dorsolateral prefrontal cortex and the dorsal anterior cingulate cortex, two parts of the brain that are crucial to hypnosis.

If a person already has more connections in those parts of the brain, they'll be easier to hypnotize, and if you're among the 75% of people who do have those connections, the induction should be easy.

Some people have more of those connections than others even among hypnotizable patients, however, so if you have trouble at first, be patient and keep trying.

The other secret is learning exactly what suggestions to make once the hypnotic state begins. A well-phrased statement will bypass that critical little voice and turn straight into a habit.

However, if your statement is something like "You won't fail this time!" you're planting the idea of failure in your mind. An effective, positive phrase like "I am going to quit smoking" or "I will fall asleep tonight" is far more likely to be effective.

If you work with a skilled hypnotherapist who knows how to induce the hypnotic state and take full advantage of it, or if you teach yourself to do it through high-quality books, DVDs, and other resources, you'll have a more effective hypnotherapy session that may have life-changing results. 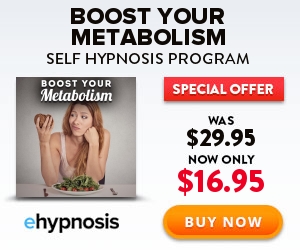