Hypnosis 101: What Is Hypnosis, Anyway?

More and more evidence is supporting hypnosis and hypnotherapy, but there is misinformation about it everywhere, and it can be difficult to separate the facts from either the overblown hype or the lingering horror movie images.

Can A Hypnotist Control Your Mind?

One of the lingering myths of hypnosis is that a skilled hypnotist can take over your mind and force you to do all sorts of things you don't want to, either by making you commit terrible acts in a hypnotic trance or by placing suggestions in your mind that you act on later.

This myth is completely untrue. Your mind remains entirely in control during a hypnosis session.

A hypnotist can't make you do anything you don't want to do, nor can they place a suggestion in your mind without your mental permission.

A hypnotist also doesn't have the power to make you forget your sessions, and you don't fall asleep or lose consciousness during hypnosis, so you don't need to worry about hidden ideas lurking in your subconscious.

On a similar note, it's also a myth that you have to tell the truth while under hypnosis. A hypnotist can't force you to reveal your deepest, darkest secrets, because your mind remains entirely in control during a hypnosis session.

Can Anyone Be Hypnotized?

There's some debate over whether or not anyone can be hypnotized. It's definitely true that some people are easier to hypnotize than others.

A 2012 study showed that people who are difficult to hypnotize have fewer connections between two parts of the brain that are crucial for the hypnotic state; the more connections you have between those two parts of your brain, the more easily you'll go under.

However, others argue that because the brain is flexible, you can build up those connections with practice, particularly if you have a skilled hypnotist or hypnotherapist to train you.

One definite fact, however, is that intelligence and gullibility have nothing to do with one's ability to be hypnotized.

Although some people think that you have to be weak-willed or stupid for hypnosis to work, the parts of the brain involved in one's "hypnotizability" have to do with how an individual's brain focuses attention, not with intelligence.

Although it would be wonderful if a single hypnotherapy session left you with a permanent hatred for cigarettes, it usually doesn't work that way.

Some people have found that hypnotic suggestions stay with them indefinitely, but most need to have the suggestions reinforced occasionally.

No. Because your mind always remains in control during hypnosis, you never have to worry about any sort of danger to yourself.

What Problems Does Hypnosis Help?

In psychology and counseling, people have used hypnosis to relieve anxiety (both general anxiety disorder and situational anxiety like fear over an upcoming test or surgery), depression, post-traumatic stress disorder, phobias, sleep disorders, and grief over a loss.

It's also been used to help with adjusting habits, like weight loss and overeating, or with general self-esteem.

Hypnosis has been used successfully in medicine as well, particularly in the area of pain management.

Because hypnosis can relieve anxiety, it's also been effectively used to help disorders that may have stress or anxiety as a chief cause, like irritable bowel syndrome and migraine headaches.

How Does Hypnosis Work For Counseling?

In general, hypnosis works by bypassing the critical, doubting voices in your mind, building connections between two parts of your brain that make it easier for you to act without thinking.

When you try to lose weight, for example, you might vow to yourself, "I'm going to eat right," but then the chorus of critical voices starts up in the back of your head: "Are you kidding? This is the fourth time you've tried to lose weight. It never works. Just give up and have a banana split."

Your subconscious listens to those critical voices, and you find yourself downplaying every success and magnifying every failure because you secretly don't expect your dieting ambitions to work.

When you say, "I'm going to eat right" in a hypnotic trance, the statement goes right past the critical voices, allowing your subconscious to embrace it at face value.

How Does Hypnosis Work For Pain Relief?

Hypnosis has been proven effective for pain relief in 75% of cases, from chronic pain like fibromyalgia to temporary pain like childbirth and even surgery. This is because hypnosis can help you to redirect your attention.

With practice in hypnosis, you can remove the fear and anxiety related to pain and interpret painful sensations as entirely neutral. Essentially, you still perceive the sensation, but without the unpleasant feelings that are connected to pain.

Although it's easier and more pleasant to be hypnotized when you're relaxed, it isn't actually necessary. Hypnosis has more to do with concentration and attention than relaxation; it's a way of refocusing your mind from pain, anxieties, distractions, and subconscious criticisms to whatever area actually deserves or needs your attention.

Is Hypnosis Approved By Medical Organizations?

The AMA urges patients to seek out qualified clinicians to perform hypnotherapy, however, since not all hypnotherapists are created equal.

No. There's no such thing as a "licensed hypnotherapist," although there are plenty of licensed clinical therapists who are also skilled at hypnotherapy.

Because there's no accrediting body for hypnotherapists, anyone can complete a quick online course and then claim to be a licensed hypnotherapist.

When you're choosing a hypnotherapist, always choose a professional doctor, psychologist, social worker, or other health professional.

How Does Hypnosis Feel?

If you've ever been so utterly absorbed in a great movie, song, or book that you've tuned out the world around you, or were so lost in a daydream that you missed your exit on the highway, you were in a state of light hypnosis.

Your concentration was focused entirely on that book, movie, song, or daydream, and everything else seemed unimportant.

A hypnotic trance is a similar feeling, but instead of being absorbed in a story, you'll be absorbed in the journey of your hypnotic trance. Just like with that great book or movie, you'll probably feel relaxed and almost euphoric, but it isn't necessary.

And just like you can get snapped right out of that book-induced trance by a glaring grammatical error, you can reject anything the hypnotist does that feels false to you. 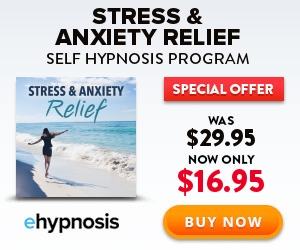 Related Posts
Does Self-Hypnosis Work (And How To Hypnotize Yourself)?
read post »
Debunking Common Myths About Hypnosis
read post »