Is Hypnosis Safe? Your Concerns About Hypnosis Answered

Whenever you are considering a new form of treatment, it’s smart to make sure you have all the facts before making a decision. If you’ve only just started to learn about hypnotherapy or are only familiar with the representation of hypnosis in popular culture, you might be particularly concerned about the potential dangers of hypnosis. Is hypnotherapy safe, and can hypnosis go wrong? Let’s take a critical look at the answers to the most common questions about the risks of hypnosis.

Can You Be Hypnotized Against Your Will?

Due to the use of hypnosis as a tool for manipulation in horror movies, you might be worried that you could be hypnotized without your consent. When people ask “can hypnosis be dangerous?”, this is usually one of the first anxieties they have. In reality, it is helpful to think of all hypnosis as essentially being a form of self-hypnosis—you have to be willing to be hypnotized before you can enter into a trance. This is the case each individual time you plan to be hypnotized, so you can retract your agreement to work with a hypnotherapist at any time.

Is Hypnosis Safe: Can a Hypnotherapist Make You Do Something You Don’t Want to Do?

A related concern about the negative effects of hypnosis is that you might give your consent to be hypnotized, but then find yourself taken advantage of by the hypnotherapist—for example, perhaps they might use the session to impose their own values on you, or to force you to reveal personal information. However, in spite of what you seem to see during stage hypnosis, a hypnotist cannot make you do anything against your will. You will simply come out of the hypnotic trance if the hypnotherapist says something that goes against your core values or deepest sense of self.

Is Getting Stuck in a Trance a Hypnosis Side Effect?

Thankfully, there is no scientific evidence that it is possible to become stuck in a hypnotic trance during a hypnotherapy session. Being hypnotized is simply like being a deep, pleasant and highly receptive state of relaxation. While you maximize therapeutic benefits if you allow the therapist to end the session when they think it is best, you do remain free to come back to your normal mental state at any time you choose. You can also respond to anything concerning in your environment, such as a fire alarm. It’s also important to remember that the lightest form of a hypnotic trance is really no different from the state you’re in when watching TV, absorbed in a book or doing a monotonous task—and you don’t worry you might get stuck doing those things.

Is Hypnosis Dangerous For Some People?

Studies show positive benefits of hypnotherapy in almost all patient groups, so the overwhelming consensus is that hypnosis is safe. That’s why organizations like American Psychiatric Association, the British Medical Association, and the American Medical Association all endorse hypnotherapy as a credible alternative therapy. The only exceptions appear to be people who have epilepsy or schizophrenia—if you fall into either of these groups (or suspect that you might), avoid starting a course of hypnotherapy without the express approval of your doctor.

Are There Any Common Side Effects of Hypnosis?

Once again, studies on the risks of hypnosis show there is no strong evidence that that hypnosis causes serious side effects in the general population. The only commonly reported finding is an increase in the vividness of dreams, but some hypnotherapists report enjoying this or finding it useful in building self-knowledge. A minority of people also feel drowsy or dizzy after a session. However, this is similar to the sleepiness sometimes felt after an in-depth meditation session and is not a good reason to suppose that hypnosis is bad in any way.

Even those who plan to practice self-hypnosis at home instead of seeing a hypnotherapist worry about whether hypnosis is somehow bad for you. One of the most common worries about the dangers of self-hypnosis is the above concern that you can get “stuck” in a trance—a particularly troubling thought if you live alone, for example. As emphasized previously, however, you can come out of a trance whenever you like. Self-hypnosis can be dangerous only if you practice it at unsafe times—for example, when driving or when operating machinery. Hypnotherapy should typically be done when you are sitting or lying down at home. 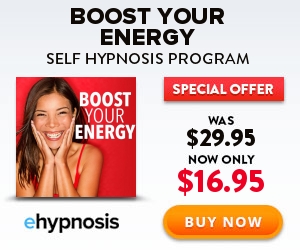